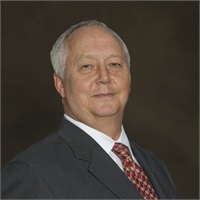 Walter Boleman is a co-founding partner in D-Squared Investments, LLC. He previously served as a First Vice President of Morgan Keegan and Company, Inc from 2000 until the establishment of D-Squared Investments in May of 2012. Walter began his financial career with Merrill Lynch, Pierce, Fenner & Smith in 1985. Throughout this time he has worked extensively with business owners, retired investors, and company retirement plans.

Walter has held a variety of leadership positions in his community, including Elder and Deacon of the Cherry Log Christian Church. He currently is a Board Member of The Craddock Center and serves as its Treasurer . He is a veteran of the United States Navy and a graduate of Mercer University.